From ownership to use: catalysing functional economy in Brussels. Analysis of socio-technical and behavioural lock-in mechanisms among producers and consumers

Since the beginning of 2018, ICHEC has been hosting the BRUFONCTIONNEL research project, a contraction of Brussels and Functional Economy. The objective of this research is to identify and analyse the socio-technical and behavioural lock-ins among producers and consumers in the functionality economy in the Brussels Capital Region.

What is the Functional Economy

The linear economic model structured according to the sequence "resource extraction - raw materials - production - distribution - consumption - waste" is proving to be increasingly unsuited to the requirements of the transition to a socially and environmentally sustainable society. Among the alternative economic models, the economy of functionality (EF, also referred to as sustainable product-service system), whereby the sale of a product is replaced by the provision of its function, is promising for dematerialising economic development, i.e. creating maximum social and economic value by minimising the use of resources and energy.

More precisely, the functional economy refers to an innovative economic model that consists of breaking with the logic of selling increasing volumes of material goods and moving towards the provision of services or 'solutions' that meet the needs of consumers in the most relevant way possible.

There could be many environmental benefits of EF. One of these is the potential of EF to extend the life of a product. Indeed, as the ownership of the product remains with the producers, the latter have an interest in keeping it in good condition as long as possible. Producers also have an incentive to recycle, repair and reuse products or their components, which is in line with the principles of the circular economy.

Moreover, as the product is made available to several users through a rental or subscription system, fewer products are needed to satisfy all users than in the case of a linear economic model (where the product is sold). In this way, fewer natural resources are required to satisfy the same need.

Since it challenges the well-established paradigm of ownership, the EF implies systemic changes. The expansion of the functional economy in the Brussels-Capital Region therefore comes up against barriers, both technical-legal-economic (unsuitability of the system for the practice of functional economy) and behavioural (difficult break with usual practices in both the entrepreneurial and consumer fields). Unfortunately, little is known about these problems.

To overcome these obstacles, it is important, first and foremost, to define their scope and to understand them in detail. The Brufonctionnel project proposes to study the obstacles to strengthening functional economy in Brussels, as well as the potential catalysts for such an economic model, both on the supply and demand sides.

To this end, we are working with several companies in the Brussels-Capital Region that are involved in a functionality approach and are trying to understand, in their ecosystem, the levers and barriers to the development of their approach (relations with their customers, suppliers, public authorities, the regulatory environment, etc.). In parallel to companies, we also study libraries, organisations that implement (often without knowing it or without pushing the logic to its end) certain principles of the functional economy. These are undoubtedly privileged observatories of the concrete implementation of the provision of services rather than the sale of goods.

Our analysis is based on the cross-fertilisation of two major research streams. On the one hand, we mobilize transition theories in order to specify the relations between the still marginal (or 'niche') practices we are studying and the dominant economic 'regime', based on the growth of sales of material goods, a linear economy that takes little account of the life cycle of products, and the private appropriation of these by consumers. On the other hand, we rely on the theory of usual practices to best describe the behavioural lock-ins at the level of both consumption and production practices.

The project is anchored in the Brussels-Capital Region. The project's impacts are on several levels: 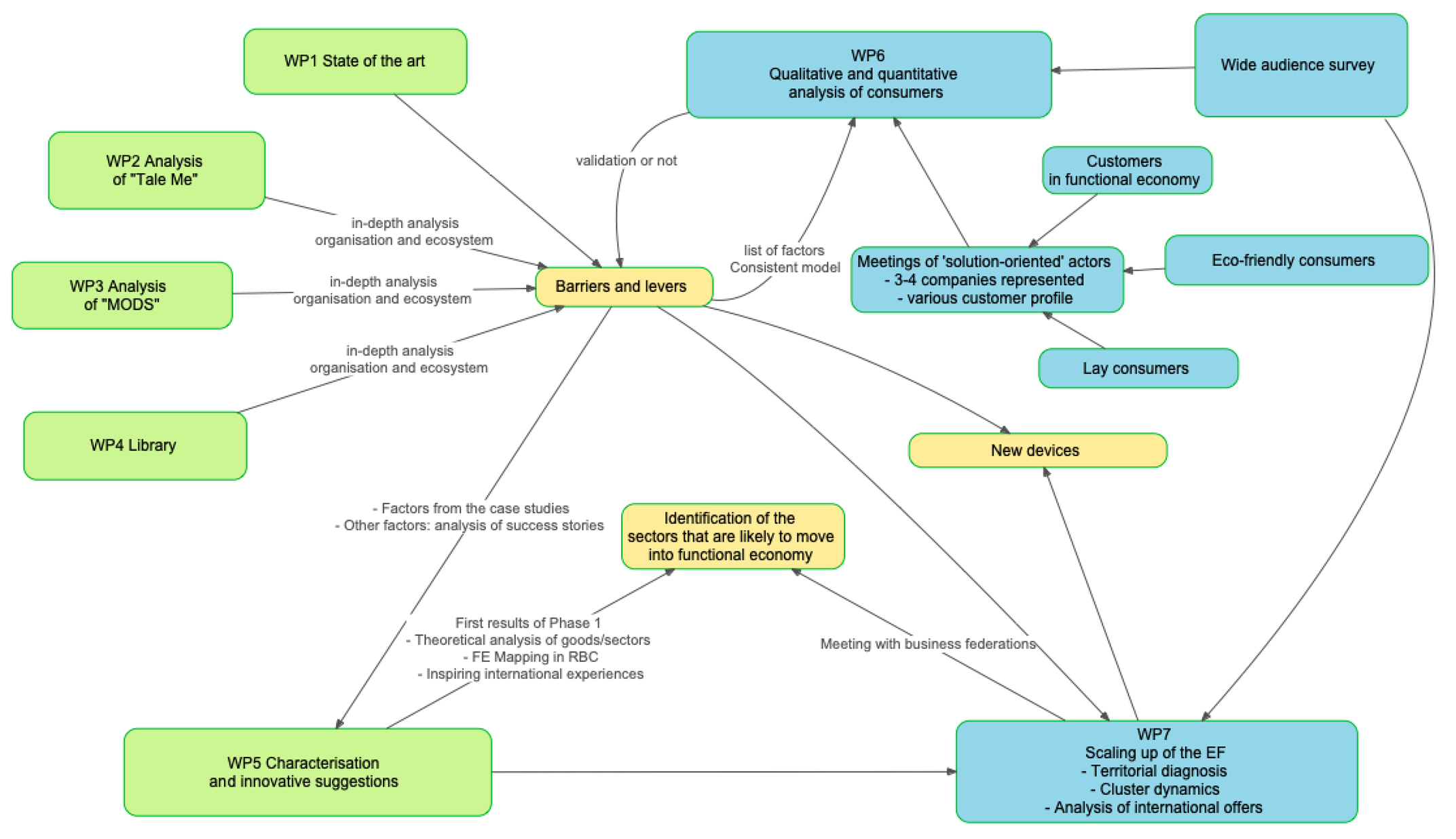 The main results of the "Brufonctionnel" project were made public at an international conference (ICHEC, 27 January 2022). In addition to a presentation of the project's results, this conference provided an opportunity to discuss them through the reaction of policy actors (Marie Vanderheyden, Advisor on Innovative Business Models in the cabinet of Secretary of State Barbara Trachte) and public actors (Anthony Naralingom, Strategic Advisor to the General Management of hub.Brussels). Two international speakers then put these results into perspective by presenting their own research results, related to the functional economy. The presentations were "Circular X: experimentation towards circular service businessmodels", models" by Prof. Nancy Bocken (Maastricht University, NL) and "Two case studies of SPSS - the role of possession" by Dr. Maurizio Catulli (University of Hertfordshire, UK). 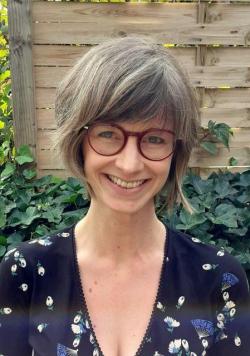 Géraldine Thiry (promoter) has a PhD in economics and is associate professor at the ICHEC Brussels Management School (Brussels, Belgium) and guest lecturer at the UCLouvain. She specialises in new wealth indicators, ecological economics, the socio-economics of quantification and sustainable economic models, and has recently worked on the functional economy and the Donut economy.

Kevin Marechal (coordinator) has a PhD in economics, is a lecturer in ecological economics at Gembloux Agro-Bio Tech/University of Liège, a guest lecturer at UCLouvain and a scientific collaborator at the Centre d'Études Économiques et Sociales de l'Environnement at Université libre de Bruxelles (CEESE-ULB). Anchored in a transversal perspective of the challenges of the ecological and social transition, his current research focuses on agroecology and local food circuits as well as on sustainable economic models, including the functional economy. 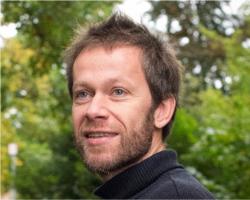 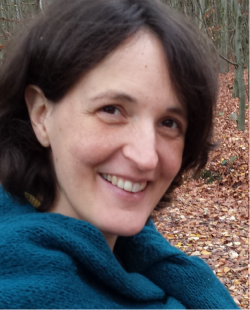 Coline Ruwet (coordinator), PhD in Sociology from the Hoover Chair of Economic and Social Ethics (UCLouvain), is currently associate professor at the ICHEC Brussels Management School and a guest lecturer at UCLouvain. Her current research focuses on the conditions for the uptake of authentically sustainable economic models (Brufonctionnel project) and on the cultural and subjective foundations of the ecological and social transition (TransDiSC project), in particular time.

Philippe Roman (coordinator) has a PhD in economics. He is associate professor at the ICHEC Brussels Management School (Brussels, Belgium) and guest lecturer at the UCLouvain (Louvain-la-Neuve, Belgium). His research, which is part of the ecological economic movement, currently focuses on the functional economy in the Brussels-Capital Region. 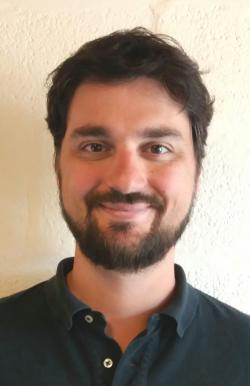 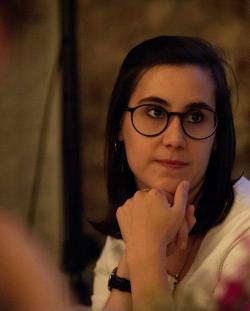 Coralie Muylaert (doctoral researcher) is a research associate at the ICHEC Brussels Management School (Brussels, Belgium) and a doctoral student in economics and management at the University of Liege. Her thesis focuses on the barriers to changes in consumption practices in the clothing sector.

Roxane De Hoe (postdoctoral researcher) holds a master's degree in psychological sciences and a doctoral thesis in management sciences, focusing on entrepreneurs' intention to recreate after failure and the resources that enable them to restart. She joined the Brufonctionnel project team at the ICHEC Brussels Management School in September 2020. 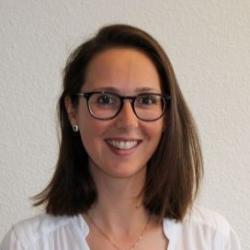 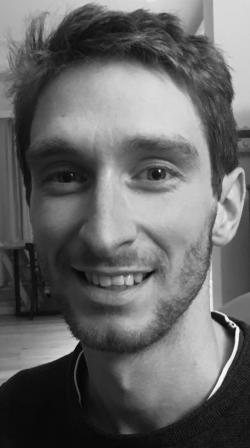 François Lhoest (researcher) was a collaborator for the Brufonctionnel project between April 2020 and June 2021. A political scientist by training but also a professional farmer (organic market gardening), his research themes have focused on transitions in urban environments, particularly in the food sector and social innovations. He is currently project manager at the Centre for Urban Studies and Research (ERU) and scientific collaborator at the IGEAT (ULB).

Fanny Dethier (postdoctoral researcher) has a PhD in Economics and a Master's degree in International Relations from St. Petersburg State University and a Master's degree in Economics from the University of Liege. Her work focuses on the governance of associations, philanthropic mechanisms and marketing related to the associative cause. She joined the Brufonctionnel project in 2021. 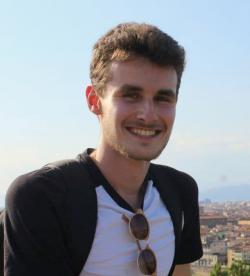 Antoine Habay, is student-trainee in sociology and holds a master's degree in economics (UCLouvain). His internship consists in deepening the understanding of lock-ins in the mobility sector. His study objects are MaaS (Mobility as a Service) and travel practices. In his second master's degree, he studies consumerism from a micro-sociological point of view. He is also interested in the ecological sustainability of the development model of modern civilisation.